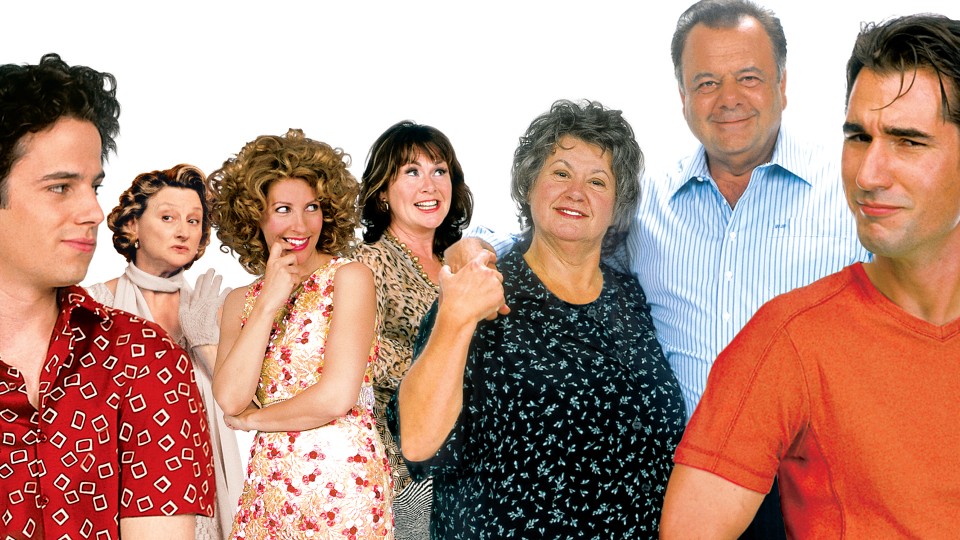 Mambo Italiano… Follow the rhythm, join in the sexy Latin dance, and watch the characters as they burst onto the screen. They’re all Italian living in Montreal—but they could be from any large city in the western world with an Italian community. Angelo is a travel agent trying to become a television writer in his late twenties. Nino is a well-respected law enforcement officer, also in his thirties. Maria and Gino, Angelo’s parents, emigrated in the 1950’s and married after their arrival in “the new world”, a world they never quite got used to. Angelo’s slightly older sister, Anna, is an unmarried schoolteacher still living at home who has a weakness for pills and a penchant for the dramatic. Nino’s mother Lina, a widow, is a demanding and controlling woman who would give Mussolini a run for his money. Maria and Gino’s world is shattered when their son decides to get a place of his own. “What is so wrong with living with your parents until you get married?” they ask. They are relieved however when Angelo’s childhood buddy Nino decides to move in with their son. After all Nino is an old friend of the family and he’s a cop. Their relief is short lived as they find out that Nino and Angelo are more than just roomates—they’re (gasp) lovers! All hell breaks loose (Italian-style, of course!) Horror is followed by a general outcry. Disbelief is followed by indignation. The boys must be shown the right path to acceptable behaviour. The battlefield is cleared, and “tutta la famiglia” goes to war! Will Angelo and Nino be able to resist the gargantuan pressure coming at them from all sides and find the strength to survive as a couple? Will Nino be able to withstand the seductive charms of the voluptuous Pina? Will Angelo find the courage to fully come out of the closet and confront the whole of them while he accepts himself? Mambo Italiano is by turns hysterically funny and deeply moving. Adapted from the successful play by the same name, the movie will explores further the subtleties and complexities of this quintessential Italian family—a family straddling the cultures, traditions, and mores of the old and new worlds. 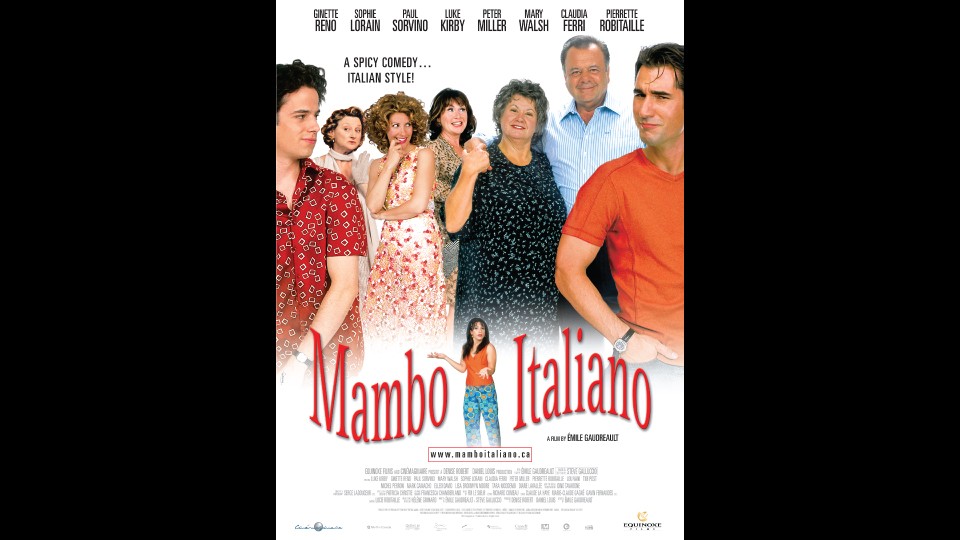